You are here: Home / Sewing / Do sewing machines come with bobbins?

Sewing machines may look intimidating because of the many tiny things you see on the surface, apart from its inner workings. If you are a newbie at sewing, let me introduce one of the essential parts of a sewing machine. And if you have sewed for quite a while, let me refresh you with one fundamental part of the machine that can make or break your sewing project – the bobbin.

Can you use a sewing machine without a bobbin?

Your sewing machine will not simply work without a bobbin. If you try sewing without bobbin thread, it is like you are not sewing at all. Sewing using only the needle thread will not work because it will not stay in place with no thread to loop with.

The upper thread and lower thread should loop together and remain intact as you sew the fabrics.

What does a bobbin do?

A bobbin is a small metal or plastic wheel which holds the thread. The thread is wound around the small cylinder with the two thin circular sides at both ends.

Are all sewing machine bobbins the same?

When you look at sewing machine bobbins, you may think you have seen them all. Most of them may look alike, but they definitely cannot be used interchangeably. Not all bobbins are the same because there is no such thing as a universal bobbin.

Those who have been sewing for quite some time can still be bothered with bobbin problems. For a newbie, you must know early on that there are over 60 types of bobbins available and that you cannot use them at a whim.

It is still best practice to use the same bobbin type that came with your sewing machine. Else, you will have issues with your stitches or, worse, with your machine. Get to know your different bobbin types here.

Three of the most common bobbins used in the majority of household sewing machines are:

The Class 15 Style, also called the A Style bobbin, is about the size of a US nickel with a diameter of 20.3 mm. It has a width of around 11.7 mm or a little bit under half an inch. The top and bottom sides of the bobbin are entirely flat. The Class 15 bobbin is available in both plastic and metal.

The L Style bobbin is also around the size of a US nickel and flat on both sides. The difference between the L Style bobbin to the Class 15 Style is the width. The L Style bobbin has a width of 8.9 mm, but you can use it in Class 15 sewing machines. You cannot use a Class 15 bobbin in an L Style machine because it would be too tall to fit in the bobbin case.

L style bobbins are typically used in industrial and semi-industrial machines. They come in plastic, metal, and as a Magna-glide core. An L Style bobbin also has a little hole where you can see how much thread you have left around the bobbin.

It is easy to distinguish an M Style bobbin due to its size. It is about as big as a US quarter (24.9mm) and has a width of 10.7 mm. Similar to the two previous bobbins, the sides of the M Style bobbin are entirely flat. It is available in metal and as a Magna-glide core.

These three bobbin types are what 95% of household sewing machines use. Below are some bobbin types of some famous sewing machine brands that are not as commonly used. These bobbins are also worth mentioning because of their distinct and unique features. If you had been sewing a long time, some of these might already be familiar to you.

The Class 15J looks similar with almost the same dimensions as a Class 15 bobbin. The difference is the slight curve on the top and bottom sides. The curve on the bobbin side is barely noticeable but is still significant. So, a Class 15J bobbin will not perform well in a Class 15 sewing machine. This type of bobbin is available in metal, plastic, and aluminum.

The Class 66 bobbin has a diameter of 20.5 mm and is also about a nickel’s size. It has a width of 10.9 mm and has a more pronounced curve on the top and bottom sides. These slight variances are significant when you use the bobbin in the wrong type of machine.

Singer #163131 bobbin is almost the same size as a US quarter and has a width of 6.7 mm. It is different from the regular bobbins because you can disassemble it by unscrewing the sides. This type of bobbin is only available in plastic.

Looking closely, you will find unique lines on the sides that state thread yardage. The innermost circle is equal to 2 yards, the middle line equals 10 yards, and the outermost ring is 20 yards marking a full bobbin. This bobbin type is used in the Singer Touch and Sew Series.

Singer #8228 bobbin has the most unusual design among the bobbins. Its diameter is 9 mm, and its width is 33.4 mm. Singer #8228 will only fit its bobbin case. This type of bobbin comes in metal only and is used in many Singer treadle machines.

The Bernina #0115367000 bobbin is about the same size as a US nickel and has a width of 10.6 mm, and is explicitly used for Bernina machines. Its distinct feature is the neat crosshatch design on the bobbin barrel. It fits most of Bernina’s older sewing machines. The bobbin is only available in metal.

With the significant number of types of bobbins available in the market, it would take a long time to discuss each one of them. The most important take-away from all this information is that it is always best practice to use the same bobbin type as the bobbin that came with your machine. Your sewing machine will perform its best if you use the size and design of the bobbin designated for it.

What are bobbins made of?

Bobbins were all initially made of metal. Then plastic was developed and was used for sewing machine parts such as bobbins and bobbin cases. Today, bobbins are made of various materials like metal, plastic, or aluminum. Knowing what your bobbins are made of can help you with their care and maintenance.

Metal bobbins are the most common bobbins available and used in machines. They are made from treated steel. Metal bobbins are usually preferred over plastic and aluminum because of their durability and long life span.

Plastic bobbins perform just as well as metal bobbins. But to optimize the use of plastic bobbins, you should always use them with their plastic bobbin case. Doing so avoids wearing out the plastic quickly which may affect the quality of stitches.

A modern type of bobbin is the Magna-glide Core. It is just a bobbin barrel wrapped with thread. The Magna-glide Core has the advantage of creating consistent stitches. Its magnetic-core prevents backlash which is commonly experienced with regular bobbins. Once the thread has been used up, the core can be thrown away or recycled.

Replace your bobbin if you find burrs. You may buff out minor scratches on the bobbin case with sandpaper. If your bobbin is worn out, you may need to replace it with a new one.

Can you use plastic bobbins instead of metal?

The practical reason that plastic and metal bobbins are not interchangeable in that a metal bobbin can wear out the plastic bobbin case. And it may cost you more money to fix the damage.

Plastic and metal bobbins may differ in construction, making it hard to fit into bobbin cases if you use them interchangeably. Sewing machines are very particular, with minute details to work correctly and smoothly.

Metal may be recognized as a more durable material for a bobbin than plastic bobbins. But using a metal bobbin in a plastic bobbin case may be more disastrous than beneficial.

Plastic bobbins are not compatible with metal bobbin cases as they can get distorted, lose shape, and wear out quickly. Plastic bobbins are highly possible to get scratches or burrs, which can sooner or later ruin your stitching.

Can you sew with fishing line?
Can I use a Singer needle in a Brother machine?
Can you sell items made from sewing patterns?
26 Must-Haves for Sewing Enthusiasts in 2022
Previous Post: « What is the effect of changing knitting needle size?
Next Post: Can you make a crochet blanket wider? » 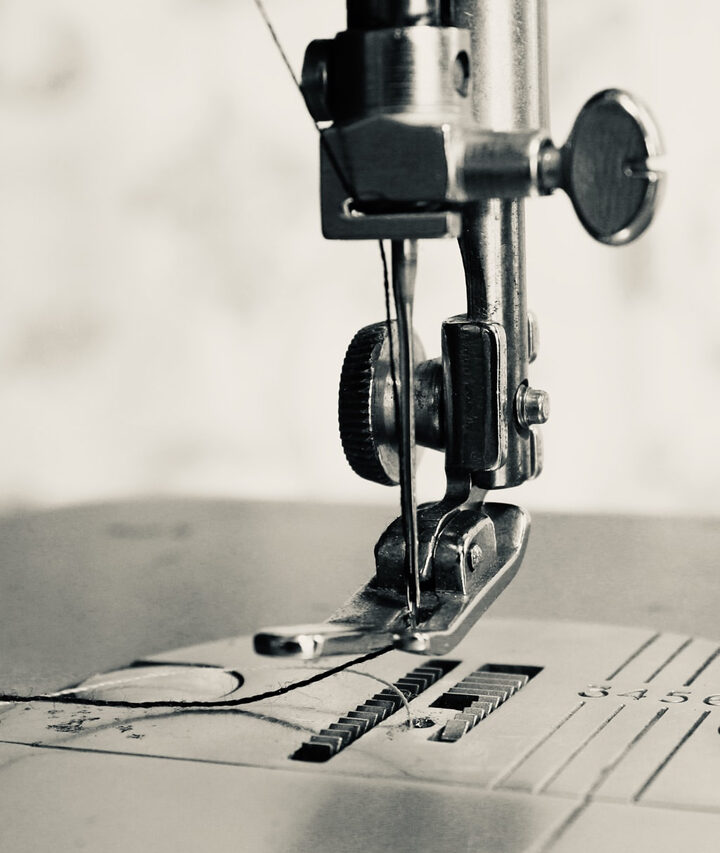